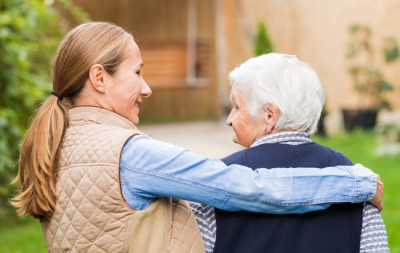 When mom keeps losing her keys (that are still in her purse), we brush it off and joke about getting older. When dad is always asking the same question (that you already answered), we pat him on the back and call it “old-timers”. The truth is, memory loss is NOT a normal part of aging and yet the magnitude of this problem is growing across the country.

Ten percent of 65-year olds, 25 percent of 75-year olds, and 50 percent of 85-year olds will get some form of Dementia. That means if you live past 85, you’ve got a 50/50 chance of getting the disease making it the seventh leading cause of death. Even worse, the number of people diagnosed is predicted to triple in the next few decades.

Dementia is not a specific disease. It is a group of symptoms. Dementia is referred to as a decline in memory or other thinking skills that is severe enough to impact everyday activities. It is sometimes referred to as “senility” or “senile dementia” and was once thought to be a normal part of the aging process. Today we know this is not the case, while the likelihood of having the disease increases with age, it is not inevitable.

It is rare for the individual to notice symptoms first. Usually it is caregivers or family members that notice a change. Oftentimes healthcare workers may be the first notice the first signs of dementia while treating a patient.

There are different symptoms based on the type of dementia: cognitive and psychological. Cognitive symptoms include the following:

Psychological symptoms also present themselves, but are often more difficult to notice unless they are more severe. These types of symptoms include:

In order for the patient to be diagnosed with dementia, at least two areas of either cognitive or psychological impairment must be affected.

There is no one test to determine if someone has dementia. Instead, a doctor will test memory performance and cognitive health using standard questions and tasks. This gives the doctor a look at how the person is functioning and what might be going on inside the brain. The first part of the test involves asking a set of ten questions. The questions are basic information and the patient will be given a score based on their answers. Some of these questions include: 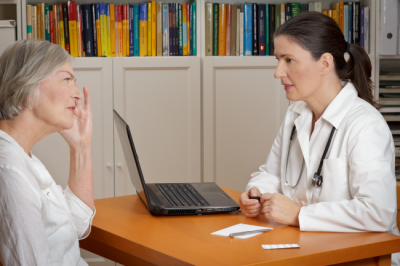 The second part of the test involves asking the family member or caregiver close to the patient about their recent actions. Some of the questions they are asked may include:

If these basic questions seem conclusive, the physical may follow-up with more detailed questions, blood tests, and even CT scans to focus on what type of the disease is present and if it can be reversed.

The cause of dementia is a bit of a chicken and the egg scenario. It is unclear if dementia causes brain cell death, or brain cell death causes dementia. Either way, the symptoms are caused by damage to, or complete loss of nerve cells and their connections in the brain. This is similar to what happens to patients with a head injury, stroke, or a brain tumor.

Dementia can also be caused by other factors including:

The five main types of dementia include:

Some individuals may be diagnosed with mixed dementia. This occurs when there are two or three types occurring together. For instance, a person may show both Alzheimer’s disease and vascular dementia at the same time.

When you notice that mom got lost at the same grocery store she’s used for 45 years, or dad suddenly forgets to pay the bills, these are the earliest signs of dementia. Once it progresses, there are three main stages for most patients:

These general stages are broken down further into 7 small stages known as the Global Deterioration Scale (GDS). This scale helps both medical professionals as well as family members and caregivers to understand the progression of dementia and Alzheimers.

How To Prevent Dementia

There is no effective known treatment for dementia. However, we know more about the brain than ever before. Today we know what affects brain function and brain aging and how our nutrition, inflammation, toxins, stress, exercise, hormones and genetics play into that process. With the information we have today, we have a better understanding of steps we can take to reduce our chances of experiencing dementia symptoms. These include: 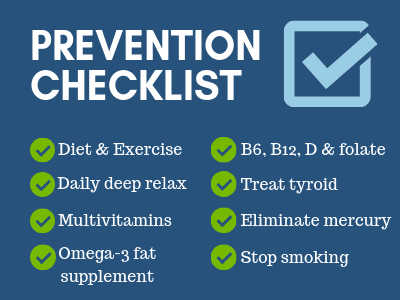 Difference Between Dementia and Alzheimer’s

Dementia and Alzheimer’s are not the same thing. Dementia is an overall term used to describe symptoms that impact memory, daily activities, and communication. Alzheimer’s is a progressive and diagnosable disease and is the most common type of dementia in adults. Alzheimer’s disease gets worse with time and affects memory, language, and thought. Between 60 and 80 percent of dementia patients develop Alzheimer’s disease.

How To Deal With People With Dementia

People who have dementia lose some ability to reason and communicate. As the disease progresses it affects their personality, reasoning, and social skills. This can make it challenging to talk to your aging loved one or ask them to do something.

For example, you ask your loved one to take a shower and they won’t, the best thing you can do is not to argue with them. They don’t have the ability to reason or argue, so getting upset and yelling will only make the situation worse. Instead, try asking them in a different way and if they still refuse, then it’s best to leave it alone and try again later.

Communication and bonding with someone who has dementia can be challenging or awkward if you don’t know how to engage with them. To better communicate, try these tips:

For more ways to interact with your loved one, visit our dementia activities article.

Take It One Day At A Time

Treatment of dementia depends on its cause and most often the outlook is not optimistic. It’s a long road for both the patient and the caregiver. The most important thing to realize is that you and your loved one are not alone with Dementia. There are resources and Senior Home Transitions is here to help assist during this process.

As a Certified Dementia Care Practitioner in Louisville, KY, Patti Naiser is able to provide advice on how to communicate and handle someone with Dementia. If you need help finding a Memory Care community, Patti can help you with that too. You don’t have to go at this alone. Give Patti a call today.